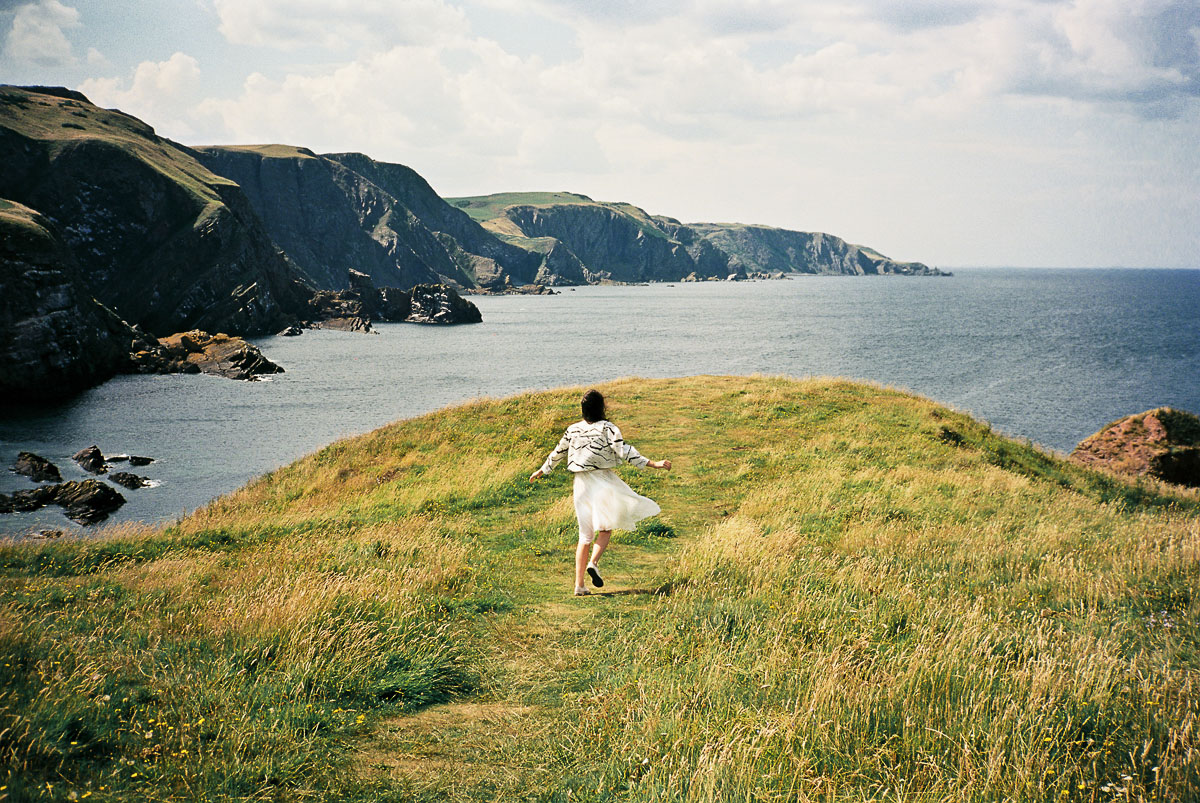 The View had a chat with Igor Termenon, fashion and portrait photographer for i-D, Elle UK , Nylon Guys, Oyster, Vice, and The Cut (New York Magazine) among many others. He shares about how he end up in Britain, his creative workflow, personal projects, and what’s on schedule this year.

IT: I’m a Spanish fashion and portrait photographer currently living and working in Scotland. I’m also the editor of film photography zine Girls on Film, and the co-founder and creative director of Future Positive, – an online platform showcasing inspiring stories of creative businesses across the world, – and its creative and digital consultancy arm, Future Positive Studio.

TV: A Spaniard between Scotland and London, how did that happen?

IT: I first lived in Scotland for one year when I was studying my Bachelor degree in Mechanical Engineering. That was in Glasgow and I loved the energy of the city. After that, I had to go back to Spain to do the final year of my degree but as soon as I finished it I decided to come back to the UK, Liverpool this time, to a study a Masters degree in Product Design. When I finished it, I moved to Edinburgh and have been living here for more than three years and a half now. It all happened in an organic way without planning it or thinking too much about it.

TV: Where do you get your inspiration? How does the different locations influence your work?

IT: I’m inspired by many things, from film and music to architecture. Living in the UK has had a big influence in my work, especially in terms of the locations I use for my fashion and portrait shoots. I’m really inspired by brutalist architecture and the British suburbia – these have been two important elements of my work over the past few years.

TV: Can you tell us about your creative process?

IT: As I mentioned in my previous answer, locations are a really important part of my work. When I prepare for a shoot I think I always look for the location first and then develop a story from it. I’m always taking photos with my phone of places I’d like to photograph when I’m on the street , so when I think I’ve found a place that could be great for a fashion story, for example, I get in touch with a stylist and we meet to talk about how we would like to develop the concept. It works in a similar way for my portrait work, although sometimes you have some constraints, especially when you’re shooting on commission.

I also like to prepare some references before a shoot but I don’t like having everything perfectly planned – I think improvisation and spontaneity are important in a good shoot.

TV: Besides photography, you do personal projects. How did you come up with them?

IT: I like to keep myself busy all the time so I guess it’s always been normal for me to do lots of different things. Girls on Film started in 2011 when I was studying my Masters Degree in Liverpool. I had been interested in the idea of curating other people’s portrait work for a while and decided to give it a try. Future Positive started two years ago and we just launched Future Positive Studio last January. Again, things have happened in a natural way without too much planning.

IT: I have a few fashion shoots planned and I hope to develop some new personal photography projects. I also want to spend some more time doing video – it’s an area where I want to learn more from, but sometimes I feel that I don’t have enough patience for it!

TV: Thanks Igor! Check out his websites to learn more:

Igor Termenon | A Spaniard between Scotland and London