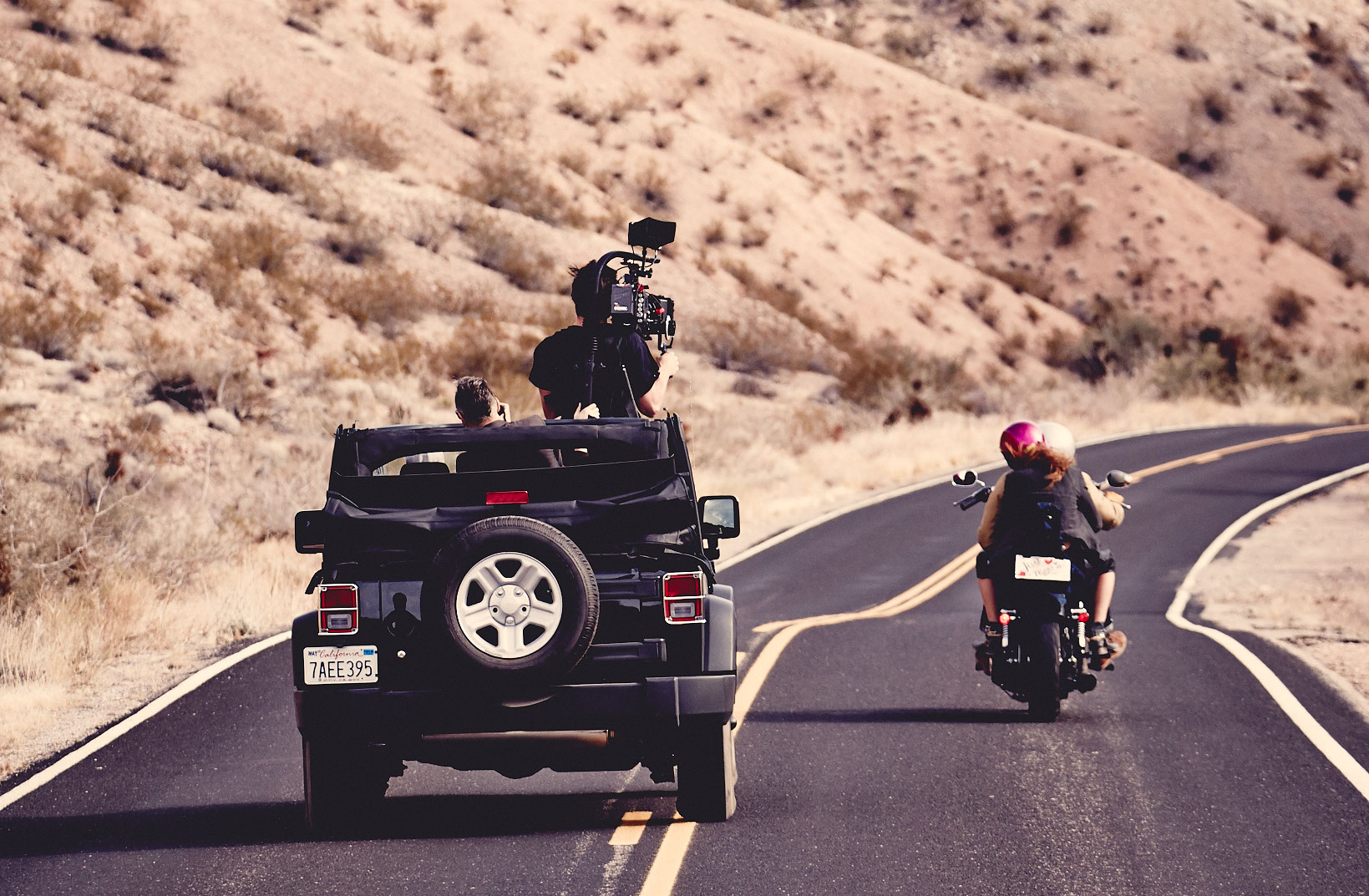 The View magazine hooked up with cinematographer Stuart Winecoff. Working for clients including Absolut and Calvin Klein, he shares about the workflow, how the team founded All:Expanded, couple of projects, and much more.

TV: Hi Stuart, tell us a bit about you.

SW: I was born and raised in a little hippy town called Ojai, California. I was pretty much a small town kid all the way through high school. I graduated with a class of 14 students from a tiny school founded by an Indian philosopher named Jiddu Krishnamurti and then I decided to move from my town of 8,000 people to New York City.

I attended NYU and in my sophomore year I decided to transfer to the film program at Tisch to study cinematography. Being a year late into the program I was a bit of an outsider. In film school it always felt like you were either doing everything the right way or everything the wrong way. I was definitely the kid who didn’t know the “right” way of setting up a light so I always just did my own thing. Instead of shooting peoples short films I looked for most of my projects outside of school.

When I was a senior I was working as a Maitre’d at a restaurant in the west village and started think about graduation. My older brother, Duncan, was working at an ad agency and one day we somewhat haphazardly thought it would be a good idea if he quit his job and start a film production company with me. Luckily it worked out and now I’m a founding partner of All:Expanded, as well as a freelance cinematographer on the side.

TV: How did you get in touch with creativity?

SW: Wow, that’s a big question. There are a lot of artist in this world who lock themselves up in a room, work for days by themselves, and emerge with a masterpiece. I’ve never been that kind of person. Collaboration has always been the biggest thing for me. My creativity comes out when I surround myself with people who I admire and whose creative sensibilities match my own.

TV: You felt a connection with moving images?

SW: I think moving images actually found me. I’ve always been more interested in photographs than I have in motion. I love the freedom that a still camera gives you, because its weight and size you can move around as much as possible to find a good frame. When I started with cinematography I would do that same thing. I would hold the camera and react to my subject, moving from one frame to the next trying to find a photograph. I quickly realized that all my footage could barely be used because of how shaky it was and I had to really teach myself to stay still and linger on the frames. It’s still hard for me to use a tripod.

TV: Take us through your career, before co-founding all:expanded.

SW: To be honest, the only job that I had before starting All:Expanded was working at a restaurant. While I definitely learned some valuable lessons from the service industry, all the real lessons came after starting a business. I’m the youngest partner in the company, with the least amount of business experience. I’ve had to learn a lot, in a very short amount of time but I’m just grateful for my partners.

TV: You and three friends found it the right moment to set up shop?

SW: Yea, it’s been an interesting time for us to join the industry as a small production company. I think that even 5 years ago there would have been much less room for us and our chances of failure would have been drastically higher. In recent years though, the traditional model of TVC’s (Television Commercials) being the dominating form of content creation has really changed. Now there are endless amounts of platforms for brands to make their impressions and therefore people are re-thinking the different ways that they can create content. In the beginning, this allowed for young creatives like us to show off our talent to major brands.

TV: I can imagine that a new shop needs hard work to pull projects, did you start with launch clients, or how did it go?

SW: Basically we were lucky enough to have people take a chance on us. My brother is pretty fearless, he would just convince people that we could do anything and then when they gave us a shot, we just had to figure it out with our incredible team at All:Expanded. I think we believed in each other more then we believed in ourselves. When you have the right team, a certain amount of magic is possible. Our first few projects worked out well enough to keep the ball rolling and we have just kept it going from there.

TV: Tell us about All:Expanded, what can you do for a client?

We have grown into a fully formed production company. We work with a range of talent and can handle everything from the conception of a project all the way though production to final deliverables. We really pride ourselves in our tightly knit team and our drive to approach every piece with an innovative eye to create something special.

TV: Can you share about the workflow? A potential client rings you up, and then what?

SW: Usually we are sent briefs from a client or agency, we then decided who of our network is the right director for the job. We then put together a cohesive treatment along with a proposed budget for the project. Once the job is awarded, that’s where the fun part begins. The office explodes with energy as our Head of Production leads the charge in hiring our necessary production support and crew, booking equipment, finding locations, casting talent, etc. Sometimes we’re given weeks to do this, other times only a few days.

Depending on the size of the job, we usually either have our in-house postproduction team edit and finish the project or we outsource it to great places like The Mill, who have been a great support system for us.

TV: What project did make you sweat really hard, gave you sleepless nights, but turned out the best thing ever happened so far?

SW: One of the projects I think as a team we were most excited about in the past few months was a short film that my brother directed called “Tether.” Whenever you are shooting a short film there are definitely sleepless nights but because of how invested we all were in this story, I don’t think any of us slept for more than 3 hours a night for 5 days. The film isn’t out yet because its still running though the festival circuit but hopefully it will be released in early Fall.

Outside of All:Expanded one of the other projects that was the most physically and emotionally demanding for me was the short film, Gang that I made with the director, Clayton Vomero. We spent 5 weekends following around a group of 3 young friends who are a part of the voguing scene in New York. Because of how little crew there was (often just me and the director), I basically had the camera on my shoulder for hours all the time trying to keep up with the kids as they ran around the city. Even though it was tough, it really turned out to be one of the pieces that I am most proud of.

TV: For the gearheads out there, what software and hardware do you use?

SW: I could bore you for a while about this topic. I usually shoot on the Alexa, despite its weight and how much I love shooting handheld. In terms of lenses, I usually choose something with a lot of character. A lot of people like things to be as sharp or as clean as possible and I’m kind of the opposite. You always hear about people talking about achieving optimal lens performance by stopping the aperture down but I never really paid attention to that. I’m more of a wide open and hoping kind of DP and I pull my own focus a lot of the time. Lately I have been especially into the Kowa Anamorphics.

TV: What other creative things do you like to spent time on?

SW: It’s actually been hard to focus on anything else this year. I haven’t had very many days off so as soon as I get the opportunity I’d rather relax than try to do anything creative.

TV: Let’s finish with a crazy question. You need to do a project on a deserted but lush island, what five things do you absolutely bring with you?

Images and video are copyright to their respective owners.