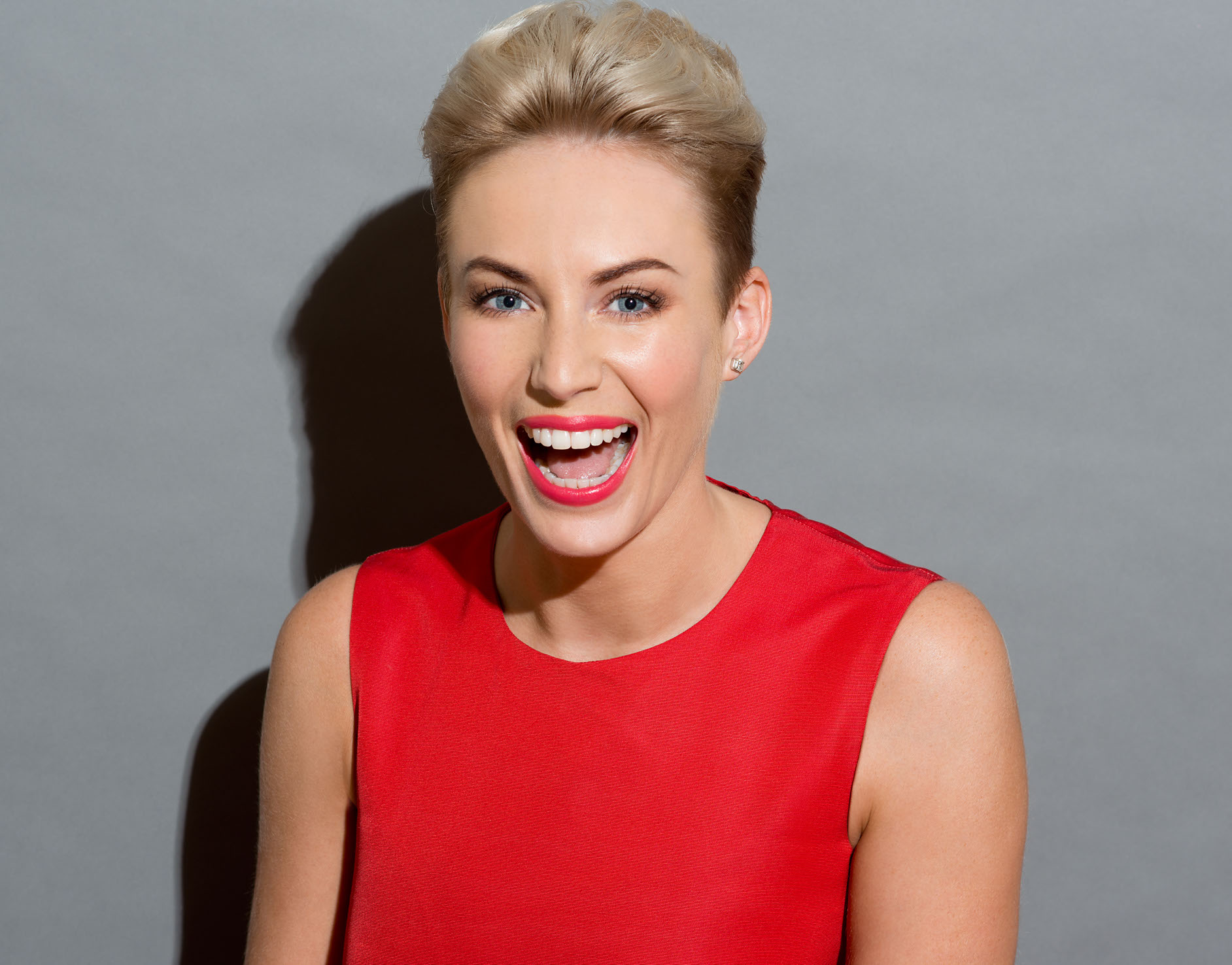 The View magazine hooked up with the gorgeous Taryn Williams, founder and agent at Wink Models in Australia. She shares about her childhood, how she got discovered, her career, starting the agency, and much more.

TV: Hi Taryn! Tell us a bit about you.

TW: Hi! I was born the Barossa Valley, South Australia, so there is wine in my blood! My parents travelled a lot, when I was 8 we moved to Fiji for 4 years, which was an amazing experience. Going to an international school and living in another culture was such an incredible opportunity, and something I am so thankful we got to do. I loved school, and loved a challenge, so at 15 decided to get my pilots licence! I have the most supportive and encouraging family, and like all teenage girls was probably a handful for a few years, but always had a drive that I knew would take me somewhere exciting. I was awarded Dux of my high school, and moved to Canberra for Uni, followed a few years later by the big move to Sydney.

TV: How did you got in touch with the modeling world?

TW: I was approached by an agency when I was 15, and started working locally and then internationally, getting to visit some pretty cool places like Korea, Japan, India and Fiji. It was never something I had thought of as a career, I was pretty studious growing up, and really wanted to work in politics or law. That said, it afforded me some amazing opportunities and I got to work with some of the most intelligent and inspirational people, so I wouldn’t change it for anything now!

TV: Take us through your career before starting WINK.

TW: I worked as a model from 15, appearing in campaigns for brands such as Virgin Mobile, Lynx, Invisalign, Stockland shopping centres, Qantas, VO5 hair products and many more. I was also working as an event producer, working on major festivals such as Tropfest, and show calling fashion shows for brands like Alex Perry and Lee Jeans. I started as a photographic advertising producer at 23, producing ad campaigns for Wittner shoes, Spring Racing, Kotex, Crown Casino and other big blue chip brands. Starting the agency was such a natural culmination of all the skills I’d learned over the years, and bringing my experience of working both client & agency side. I really understood the industry from all angles, and knew what needed to change for all parties to get a better result.

TV: At some point you must have thought “I can do all of that way better!”? Have you always had an entrepreneurial spirit?

TW: I was really lucky that I have been surrounded by amazing entrepreneurs since my late teens. I was fostered by people who had their own businesses, including incredibly successful advertising agencies, finance firms, production companies and retail brands. It was almost as if in my world it was ‘normal’ to be an entrepreneur, and the long hours, challenging the norm, risk taking, was all encouraged & accepted. As I started to see the aspects in my industry that could be done better, the next natural step was to do it better myself, and I was blessed to have such strong mentors in my corner.

TV: What were the biggest challenges you met in the first year? The clients weren’t lining up from start were they?

TW: I was lucky that through my contacts and experience, we did have clients from day 1. That said, there was of course all the challenges of starting a business that we all have to go through – the fear of delegating to others, learning to manage cash flow, growing through those pain points & hiring staff for the first time.

TV: Who were the first clients and the projects that made you think “Yeah, this can really work, I am on the right track!”?

TW: The first month I was in business, we landed 3 talent on a major campaign shoot for Nokia (back when they were THE phone to have!). This really solidified for me that we were onto something. We were providing great talent that you couldn’t source at other agencies, and we were servicing our clients in a way other agencies weren’t. The bookings started flowing in, as did the positive feedback and applications from new talent, and I knew we were on the right track!

TV: There has been a huge growth in new agencies being started, many of them focusing on high-fashion, yet you chose to be as broad as possible. Why?

TW: There’s a number of agencies closing down, too. The big dollars in advertising spend in traditional above the line media just isn’t there any more, companies aren’t spending $50K on a model for a car ad. They’re spending on social, experiential, viral, branded content, and this has seen a number of traditional talent agencies close their doors. I do really believe there is a market for lots of different type of agencies, but the successful ones are the ones who know their USP, but can still adapt to market changes. At WINK we saw an increased need for healthy, relatable, commercial talent and that’s the market we focus on.

TV: Introduce us to your team.

TW: Elysia Vickas, NSW Talent Manager. Elysia has recently completed a Masters of Digital Communication at the University of Sydney and has a long running background in professional photography and event management. After modeling for several years, she was introduced to WINK Models and found it very appealing due to their focus on health & fitness, setting a realistic standard for modelling in Australia. After a successful career as a model, she commenced in the WINK Head office managing our NSW team & project managing the creation of the WINK Models App. She has a strong passion towards competitive sport, playing high level soccer for many years and has begun competing in triathlons, recently kicking her boyfriends butt in the Huskission Tri! She has a passion for travel & adventure, having explored many countries in the world, and this year travelling to South America for the World Cup and to complete the Inca trail.

Sage Greenwood, Melbourne & Sports Division Manager. Sage is the giraffe of the team. Lanky and clumsy, but ever so gorgeous, she graduated from university having studied a Bachelor of Law and Bachelor of Business (Banking and Finance) at the end of 2013. Since then, she has been on board WINK in the head office, but not without a few sneaky overseas trips, running the office remotely from some exotic locations! Sage loves travel and has seen more of the world than most retirees. Having modeled since she was 15, Sage brings a unique, hands on, understanding to the team, thriving on her behind the scenes role in an industry she grew up in. Proud mum to Alfie the whippet, any free time she gets is spent outdoors or in a yoga studio.

Sandra Hudson, General Manager. A Senior Major Events and Marketing professional with over 19 years experience working with national and international organisations in Australia and North America. Sandra joined the WINK team in March 2014. Originally studying International Business and having a passion for International Aid and Development, Sandra stumbled onto the NYC fashion scene in the late 90s. From producing still photo shoots, assisting Directors in feature films, running large scale festivals as a Festival Director, to working both Agency & Client side in Advertising, Sandra really brings a wealth of experience to the team- having had exposure across many different aspects of the industry. With a key focus on project management, including business planning and strategy development, Sandra is excited to be part of such a young and dynamic company on the brink of substantial growth.

Lucy Horton, Talent Assistant. Lucy started with us 6 months ago as an intern, after completing her uni degree. She dazzled us so much, we hired her! Her mother is one of our Classics models at WINK, and Lucy grew up living and breathing the modelling industry through her mum. As a child she used to cut models out of magazines to make her ‘portfolio of talent’ in her pretend agency – she was truly born to do this!

TV: How do you see the agency world in the near future? Do we still have the traditional structure, broad talents like yours, something else?

TW: I think there are some big changes coming to the traditional modelling agency world. We’ve seen more and more so the impact of social media and content that needs to be relatable and genuine for consumers. Westfield is a perfect example, using a blogger as the face of their campaign instead of a traditional fashion model. Consumers are much more intelligent about advertising and content needs to be engaging, clever, relevant & shareable.Agencies need to adapt & grow with changing trends, embrace technology & look for global markets.

TV: Describe your ideal ‘away from work’ holiday.

TW: My team will tell you, I’m hopeless on holiday! I bore easily, and in all seriousness love what I do, so it’s hard for them to get me out of the office! That said, I had an amazing break in January, in a tiny little island call Sumba off of Indonesia, swimming, sun baking & playing chess (my new addiction). Next I really want to go to the sloth sanctuary in Costa Rica, I have a secret obsession with sloths – I just think they’re so cute!

Images are copyright to their respective owners.