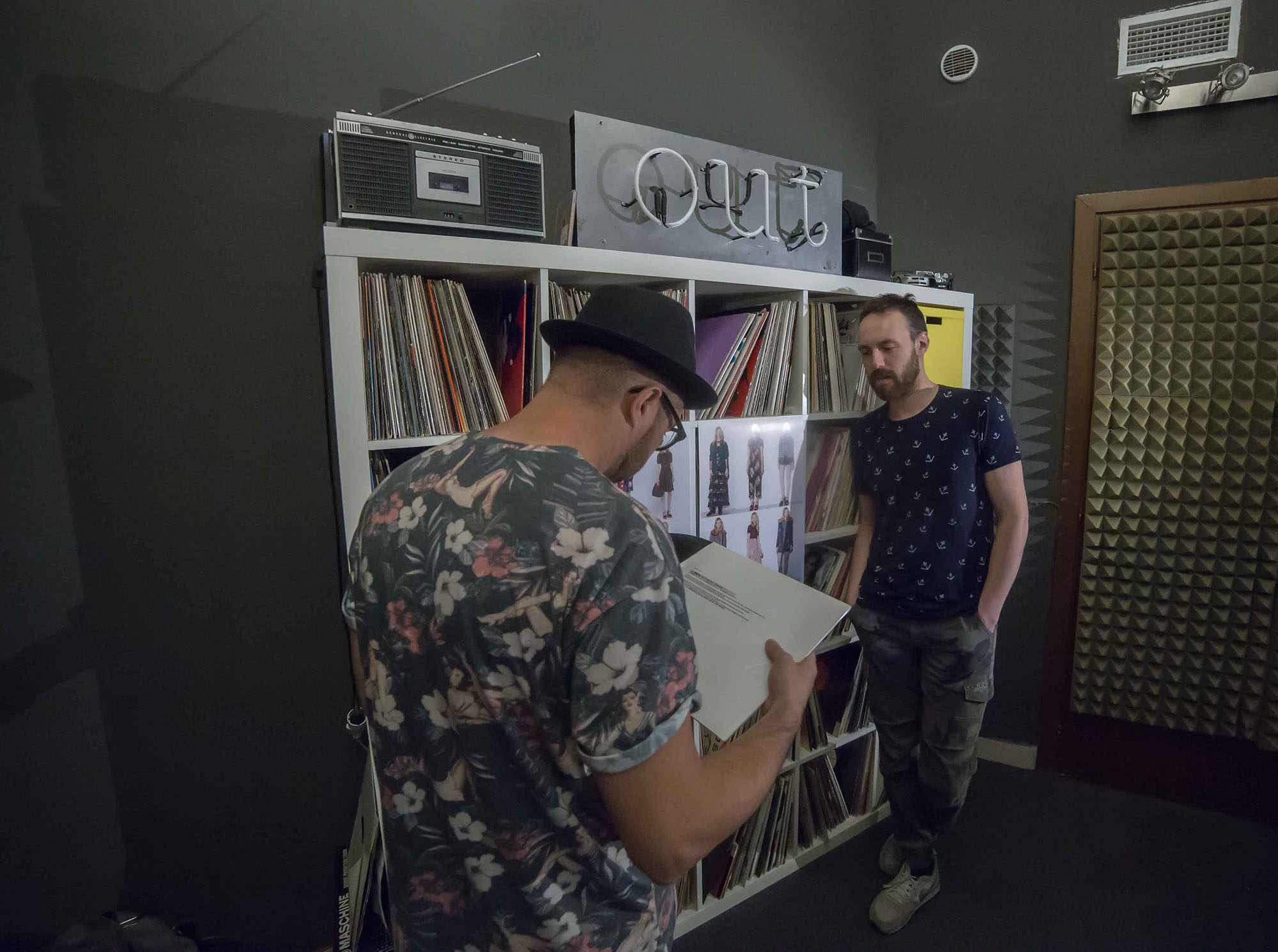 The View magazine hooked up with Jackleg, fashion sound designers and music producers Mirko and Simone, working out of Milan. We chat about their background, how they got into fashion, their workflow, and much more.

TV: Hey guys, how are you? Tell us a bit about you.

Mirko: Hey! I was born in a small city on the Italian seaside, have been living a pretty happy childhood and teenage years. When I turned 14 years old, while all my schoolmates asked their parents for a motorbike, I just wanted a pair of Technics SL1200 and a mixer. I still have those turntables in my studio and I still love them.

TV: When was the first time you got in touch with music and creativity?

Mirko: My father used to sing and play bass in a local band… music has always been part of the family! I have started piano classes as a child but solfège was too boring for me, I just loved to play and make music with my ears. But when I was 13 years old, I became friends with a professional DJ, – very few at that time, not like today -, I understood that was exactly what I wanted to become.

TV: At what moment did you decide to become an audio production artist? How did this happen?

Mirko: My career as a club DJ was great but I need to pay my bills, so I always had “day jobs”. In 1999 I moved to Milan and started a collaboration with MTV in the production department. Exiting job, but I felt I was missing something. In 2011 I decided that music should become my only job and I founded Jackleg.

TV: Based in Milan, so you have come in touch with fashion pretty easy. Did this make the decision to produce sounds for fashion straight-forward?

Simone: It was all very spontaneous and natural. I have always been fascinated by the fashion system and how music is so important for a fashion show.

TV: How did you get the first fashion client?

Mirko: I used to work for a trendy club, my girlfriend at that time came to dance with the creative director of an important fashion house. The next season I signed and produced the soundtrack for their show.

TV: Take us through your career so far.

Simone: We have started to realize soundtracks for shows with a laptop, many ideas, sounds and creativity. In 2013 we built our HQ with two fully equipped studios, and we began to produce original audio contents and sounds which have been specifically made for fashion. A music boutique for the fashion biz.

TV: Can you tell about your workflow?

Simone: the creative process is merged with the work of the designers, we start from a moodboard, we have a brief from the creative director, we do research based on those elements, we make a sound project which leads to the music identity of the brand. Jackleg is a kind of chemical lab, we work with sounds as they were cells of a complex DNA. We spend all day listening to music and producing sound experiments looking for the perfect sound.

TV: What are the biggest challenges for a sound designer of a fashion project?

Simone: The biggest challenge is to find a brand sound identity and to let it be recognizable. I am talking about a sort of “audio logo” that season by season transforms itself due to the mood of the moment but without changing his DNA. Our dream is that you see a fashion show or a video, but blindfolded, and you are able to tell me what the brand is! Oh Gosh it would be so cool!

TV: Which brands did a great job in your opinion, based on the recent runway shows and tv commercials?

Mirko: Granted that in the past few years the attention towards the music for fashion has increased a lot, in runways we are now used to listen to real soundtracks, not only DJ sets. Prada to me is the number one, it has been able to have a totally recognizable music identity. I would like also to point out a Carolina Herrera soundtrack composed ad hoc by Tom Hedge, recorder with the London Contemporary Orchestra. A real opera has been written just for this show…Massive!

TV: For the gearheads out there, what software and hardware do you use?

Simone: We use a Mac Pro with Logic Pro X and Ableton Live as DAWs. An Avalon 747 and Thermionic Culture Little Bustard (summing mixer). We do mix and master in house. We believe that combo analogic + digital is the way to make a warm sound.

TV: Exciting projects you can tell about?

Mirko: We are now finishing our personal music library, where you can surf online, imagine a boutique where you can choose the dress which better suits you… once you find what you were looking for, we sew it to you. It is exactly the tailor-made concept adopted to the music for your project. We hope this project can give us a worldwide visibility… it would be very interesting to collaborate with a Japanese designer like Comme des Garçons that we love.

TV: Thank you Mirko and Simone!