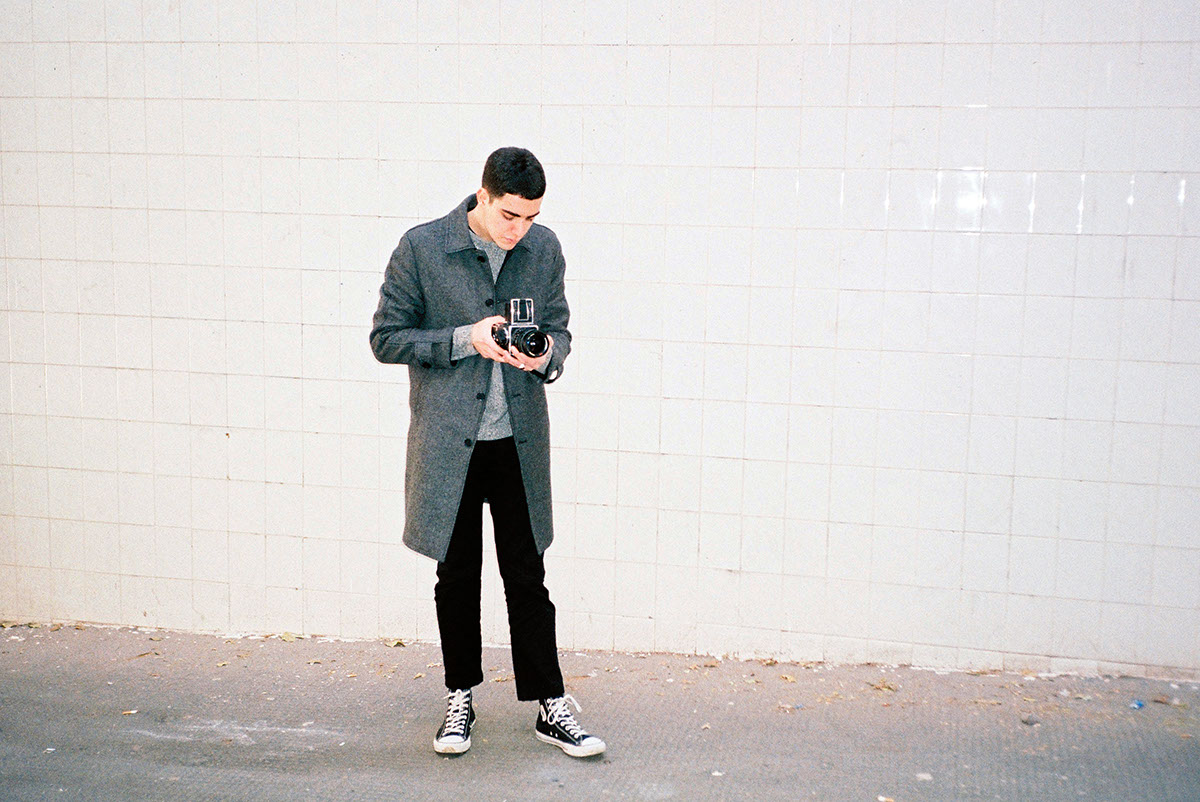 The View Magazine did a short interview with Javier Ruiz, how he became a photographer, his Spanish culture and how that influences his style, and his creative process.

TV: When and why did you decide to become a photographer?

JR: I think it was in 2009 when I decided to buy a DSLR, so sometimes I picked the camera up to the street and shot my friend portraits for their CD-covers, I really did not have much ambition to do anything beyond with photography. Later I started taking pictures of my girlfriend … and in 2013 I made my first editorial, which was published and that motivated me to try to do something in fashion.

TV: You take images of a broad spectrum of topics, from fashion to travel to documentary? Is it important for you to keep variation?

JR: Mmm…It is really important, I can´t imagine me doing only fashion, street photo or shooting only when you go to another country. There is not one item that seems more interesting than another to me, I like to take pictures, in fact I do not even know if I’m a photographer or what, I just know that there are a lot of times when I need to take a picture and that´s why I do it. It is true that I like all the creative process involved in preparing a fashion shoot, but also I like to walk down the street and take a photo of a wheel. In fact I think there are many photographers who focus on just making a style and even avoid doing anything else because they need to feel fulfilled or recognized in a particular area within the picture, honestly I don´t care! Haha.

TV: How has your Spanish identity and culture influenced your vision of art and beauty?

JR: Spain is part of my vision, it´s 100% involved in my work. The neighborhoods of Madrid, its people, the city where I live, are my total inspiration, in fact I use them constantly in all my photos, even they are fashionable or not. They are the result of my view… I grew up on the streets, all day from neighborhood to neighborhood, and that obviously has greatly influenced my style and my character.

TV: Can you tell a bit about your creative process?

JR: I haven’t a creative process as such, so I am very simple. I guess I keep every single reference that I like in my head, but not obsess about something and try to recreate it. As for my fashion photos, the first step is creating the mood, but then I usually improvise once the session has started, and as for the rest of my work it could be said that it is almost incidental, point and shoot.

JR: I’m buzzing with fashion editorials for different magazines, but I will not put aside my personal work, in fact some friends and I are working on a fanzine, you can see it early in fanzineroso.tumblr.com.

JR: Thanks very much The View Mag!

Interview has not been edited to keep authenticity.